August 11, 2021
by Kathryn Greiner, Executive Director at Rebuilding Together Minnesota

Being involved with Rebuilding Together Twin Cities for more than 20 years, I’ve met many of our neighbors. When I pass houses, I always remember those we’ve repaired and the wonderful residents that live there. More than a few stories stick out to me, but the story of Marshall is probably one I will remember forever.

A typical 8-year-old, Marshall loves school, his second-grade teacher, listening to all kinds of music and hanging out with his favorite person in the world, his grandpa, Robert. Along with his grandma, the three of them go for walks around the neighborhood after school while Marshall’s mom finishes her work as a property manager. They visit parks and coffee shops, take strolls along the river, and sometimes even go on trips to Duluth to swim at state parks.

Marshall uses a wheelchair, and those fun trips were starting to be further and further apart simply because it was difficult to get Marshall out of the house. His grandparents who care for him before and after school had to carry his chair out and then lift him into the chair any time they left the house. They had to perform that process in reverse every time they came home. As Marshall grew up and his grandparents aged, it became difficult and dangerous. If one of them fell, that could cause serious injuries.

With support from Stanley Black & Decker, and a team of dedicated volunteers that have built more than 60 accessibility ramps for us in the community, we were able to build Marshall his very own ramp. As the volunteers showed up and got started, Marshall interlaced his fingers with mine and we sat together for 10 minutes watching in awe. 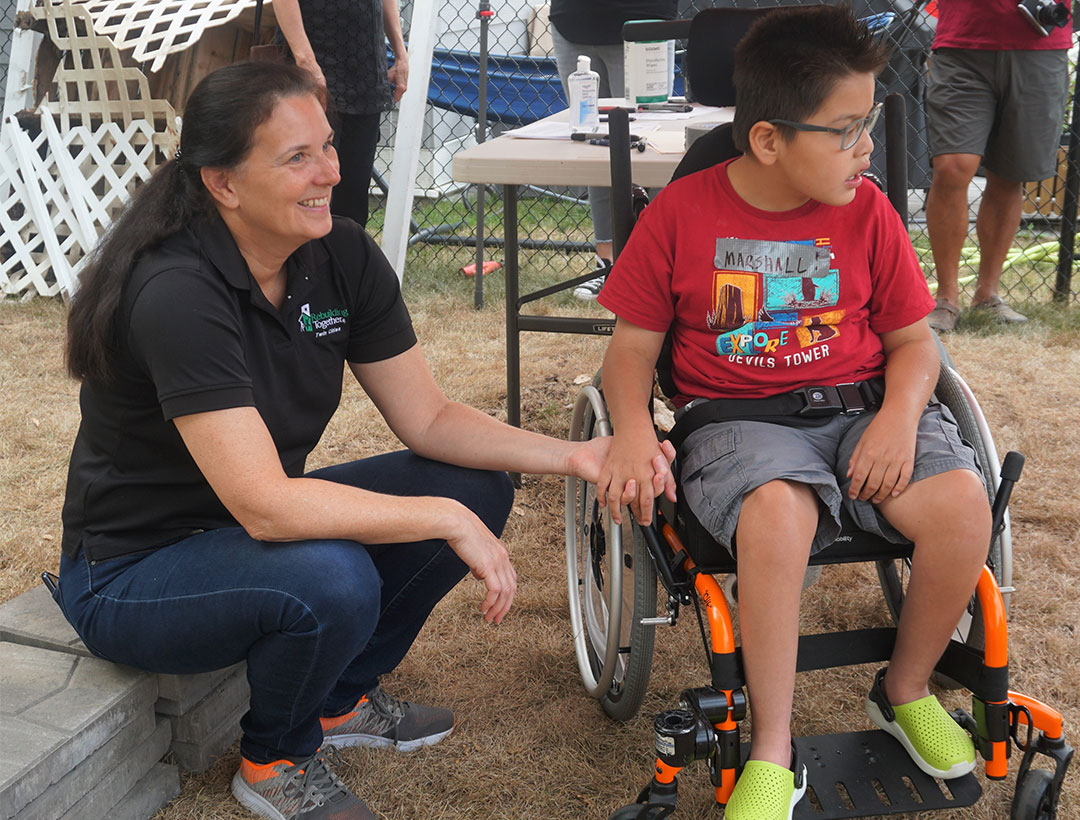 The best part of the day came when Marshall put on the cowboy boots he got on a trip to Montana and together with his grandpa they took a spin up and down the new ramp. He had a big smile on his face, his joy was palpable.

As his teacher put it when she first reached out to us asking if we could build the ramp, “Marshall is a sweet, kind, brave, smart, and persistent child.” He is well known in the community and this ramp will only help him continue to have a thriving social life. I can’t wait to hear what adventures Marshall and Robert go on next.