October 26, 2021
by Max Gouttebroze, Vice President, Marketing and Communications at Rebuilding Together National

A month after graduating high school, I boarded a plane to move across the world and landed in California’s Bay Area, a place where I didn’t know anyone and barely spoke the language. Two years later I was off to the American South to attend college. Upon graduation, I moved to New York City where I worked odd jobs during the 2008 recession and interned at a non-profit that led to a full-time job with them in Los Angeles.

While there I worked to secure the freedom to marry and met my husband. Following a family tragedy, I moved again, this time to his hometown in Southern Maryland. That’s where I found out about Rebuilding Together and got a job working on their communications team. A few months later, I found myself leading and rebuilding that team. It’s been a challenge, six years in and there’s still sleepless nights to keep the organization growing and most importantly serve our affiliates.

When I first took over the team, I told Caroline, our president and CEO that my main goal was to provide as much support as possible to our affiliates. I wanted them to focus their resources on bringing the mission of Rebuilding Together to life and serve neighbors in their community. Six years later and we’re doing well, we’re growing, we’re getting more public recognition for our work but more importantly I get to see our affiliates’ successes and growth.

I now live in Northern Maryland, a few years back, we bought our first house. Most of the floors are warped because it was built in 1790 but it reminds me of the house where I grew up and most importantly, it’s ours. After moving constantly my entire life, it feels great to put down some roots.

Every day I get to wake up and work at a place that gives back to neighbors and communities across the country, a place that maintains the dream of homeownership for families who worked hard to make it a reality. Many of those communities have welcomed me, an immigrant, with open arms. By working at Rebuilding Together’s national office, in some small way, I get to give back to those communities and I can’t think of a better place to be. 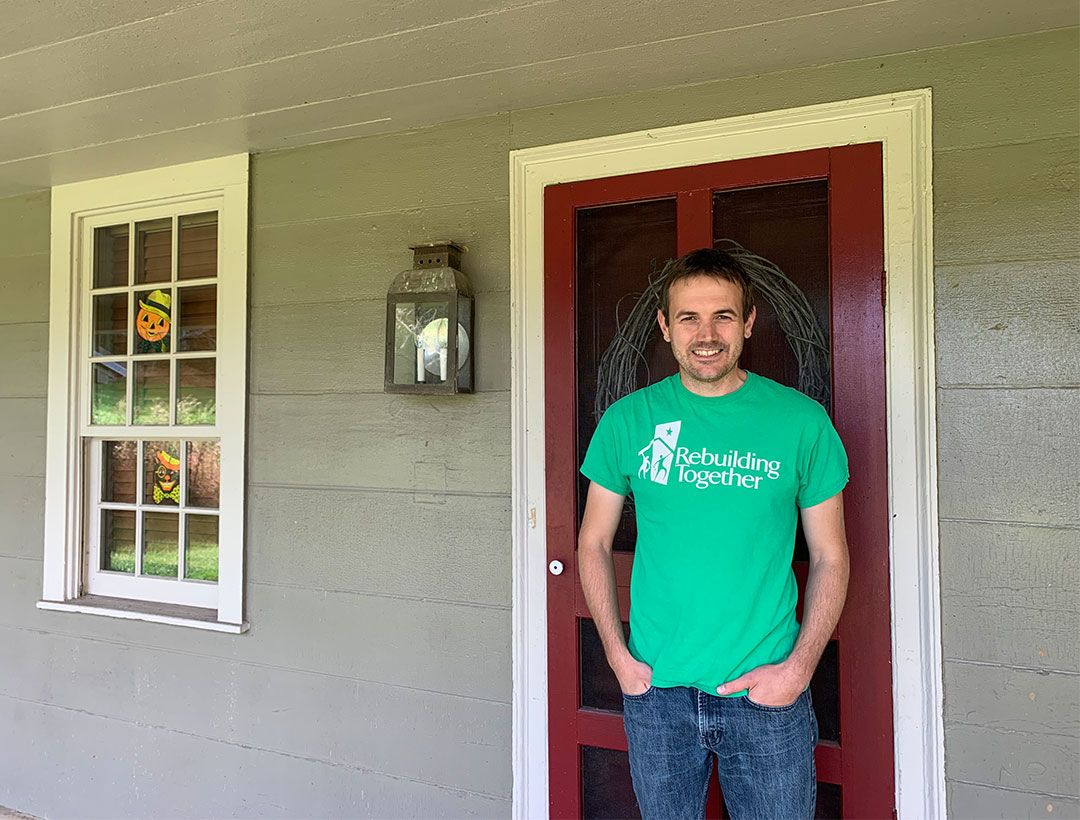