February 28, 2022
by Zeeda M. Daniele, Executive Director at Rebuilding Together of the City of Angels

Why was the Consolidated Board of Realtists created? What role has it historically played in the community?

The Consolidated Board of Realtists was created in 1949 out of frustration with blatant racism in the Federal Government and Local Government. This organization's goal was to combat and overcome racism in housing and to joint venture with other Civil Rights organizations. Their members were members of the NAACP and their charter derived from The National Association of Real Estate Brokers an organization created by the National Negro Business League founded by Booker T. Washington.

Their first president Willis E. Carson and their attorney Loren Miller were determined to eliminate racial covenants and restrictions that prevented Negroes from purchasing property in predominantly Caucasian communities.

How has the role of the Consolidated Board of Realtists changed throughout history?

After purchasing land in the Torrance Palo Verdes area to build housing for Negroes, The Board of Supervisors seized the land using eminent domain as a ruse and denying Negroes over 200 home sites. After World War II when Negroes returned from serving their country they were denied veterans loans, education and jobs. Many of these Veterans were Tuskegee Airmen. The Realtist organization had five Tuskegee Airmen as members.

Throughout the history C.B.R. and their attorney Loren Miller initiated lawsuits against discrimination in every form with Title Companies, Insurance Companies and Appraisers. In addition they pressured the Department of Real Estate to discontinue their discriminatory practices.

Images from throughout the Consolidated Board of Realtists History, provided by Liz Chow 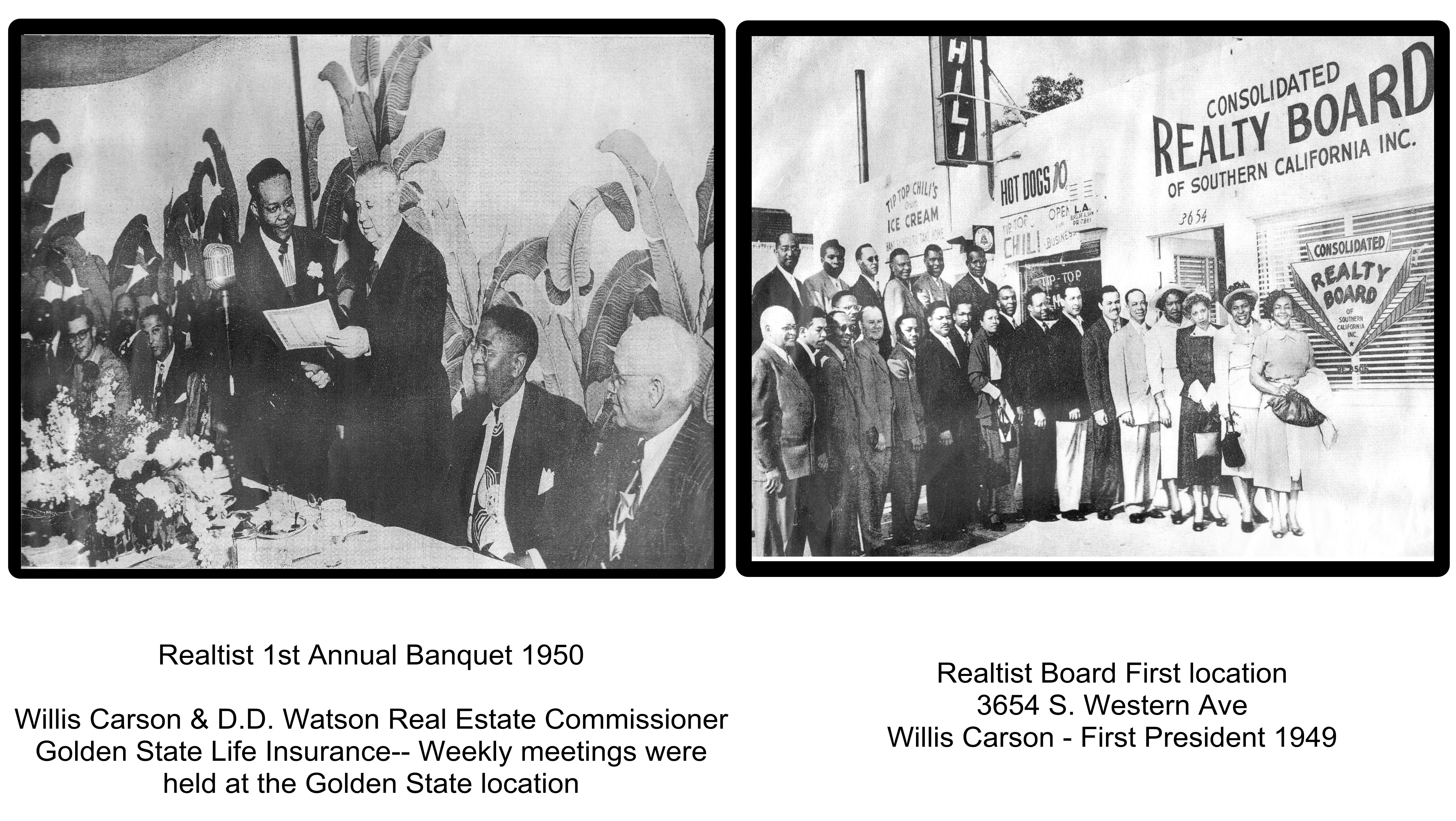 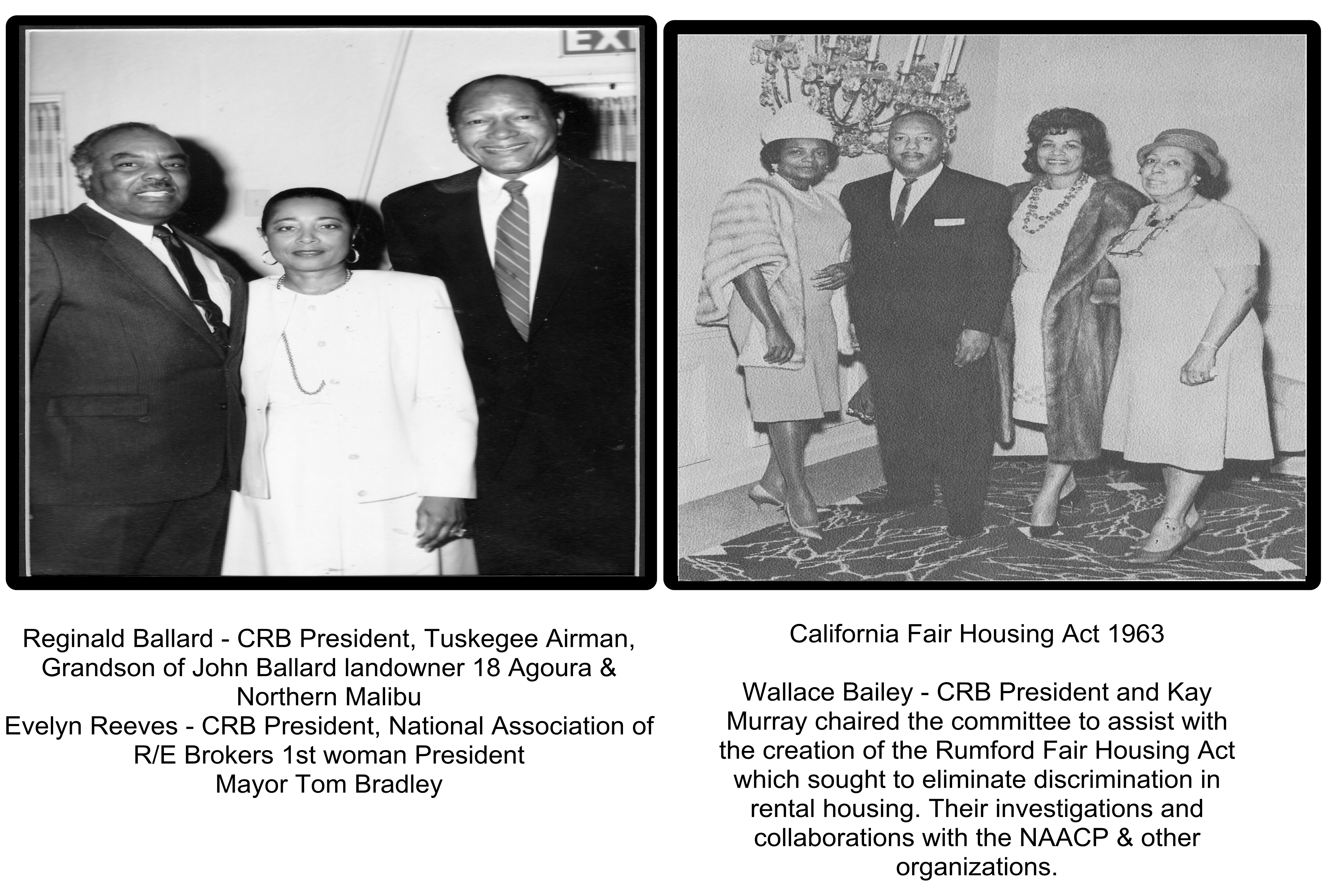 How and why did you get involved with the Consolidated Board of Realtists?

My involvement with CBR was the result of a lawsuit initiated by the Realtists, the National Organization of Women (NOW), the NAACP and the ACLU. The lawsuit addressed the racial and gender discrimination against people of color. This lawsuit resulted in the hiring and promotion of women and people of color across the nation. I was chosen to represent a Title company SAFECO and I joined the Realtist organization immediately. The activism and community outreach I learned from the Realtist continues to this day.

How has the Consolidated Board of Realtists worked with and served the community throughout its history?

The Realtist waged an aggressive campaign for democracy in housing, job creation, land ownership and Black business creation. The Realtists were active participants in the era's history. They pointed the way to an enormous change in the historic interpretation of the ability for Blacks to succeed and prosper in business. In addition, the Realtists promoted the recycling of the black dollar. Teaching Blacks to support their own communities and taught and promoted financial literacy through their churches, social organizations and political action.

What are some of the Consolidated Board of Realtists’ biggest accomplishments since you started working with them?

The accomplishments are extensive:

Is there any other information about yourself or the Consolidated Board of Realtists and it’s history that you would like to share?

The Realtists were the unsung heroes of the Civil Rights movement. It has been my honor to stand on the shoulders of these brave visionaries and to continue to participate in defending civil rights.