Maudie has lived in her Southwest Baltimore home for 47 years. She’s raised four children in her home and it’s where she has many fond memories.

Originally from West Virginia, Maudie’s family moved to Southwest Baltimore when she was 14-years-old and her mother became ill. At the time, the best doctors were in Baltimore and Maudie’s father insisted her mother have the best care possible. Maudie married young, at 19-years-old. Unfortunately, she lost her mother shortly after. So, she and her husband moved in with her father and younger sister, where she’s lived ever since.

Due to the size of the home, Maudie and her husband lived on the first floor, while her father and sister lived upstairs. She loved their home and enjoyed sharing it with her family. Together with her husband, Maudie took an active role in raising her younger sister, who was six years old at the time of her mother’s death. Maudie and her husband helped her father pay the mortgage by making monthly rent payments for more than 20 years. She proudly recalls the day he signed the home over to her.

For many years, Maudie and her husband rented out the third floor of their home until it tragically caught fire in 1982. While they tried their best to make the repairs themselves, their home sustained significant water damage. With dwindling financial resources to make all the necessary repairs, Maudie and her husband spent a year without heat so they could save their money. 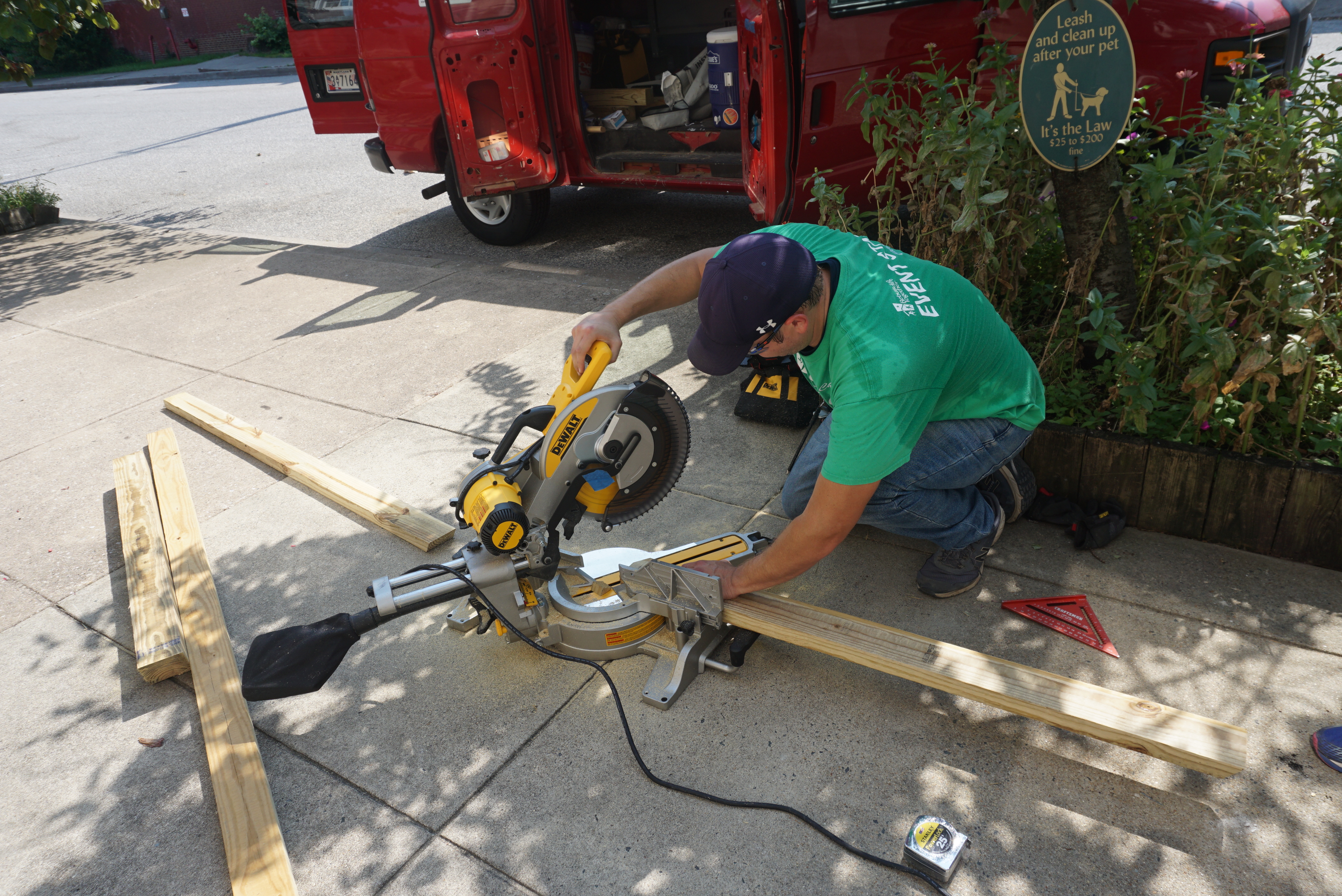 Over time, Maudie has considered selling her home but she loves her neighborhood and wants to age in place. While the neighborhood where she lives has seen many changes over the years and many of the surrounding homes have fallen into disrepair, she cherishes the rich family heritage her home holds.

Maudie was thrilled when she learned about the home repair services offered by Rebuilding Together Baltimore. When we met Maudie, her home had three active leaks and was in desperate need of a new roof. With support from Lowe’s, we replaced Maudie’s roof, repaired her porch, installed handrails on her main staircase and in the basement to prevent falls, replaced her front door frame and installed a carbon monoxide detector, among various other repairs.

The repairs are part of a $2 million investment from Lowe’s to provide essential home repairs for 45 neighbors in Southwest Baltimore. The multi-year project, facilitated by the U.S. Department of Housing and Urban Development in collaboration with Rebuilding Together Baltimore, Lowe’s, Southwest Partnership, Inc., City of Baltimore and the University of Maryland, Baltimore, aims to improve economic mobility in Southwest Baltimore by addressing affordable housing and driving skilled trades employment in the community.

Now that Maudie has a new roof, her home is safer and healthier. She feels at peace knowing it is a place where her family, especially her eight grandchildren and four great-grandchildren, can enjoy together again.